Chittorgarh constitute the epitome of spirit, romance and pride of the people. It reverberates with sacrifice and heroism that becomes evident from the tales sung by the Rajasthani Bards. Chittorgarh today is described as a ruined citadel, even though there is a lot of historical significance attached to the fort. The fort stands tall as a symbol of noble, true and brave Rajput tradition. 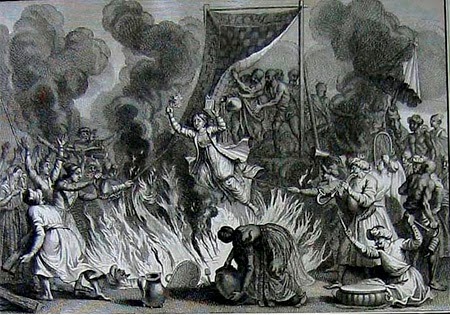 Chittor is historically known to be developed by the Maurya dynasty. The rule came to an end in 271 BC, which was then a dominant power in the country. The name given then was Chitrakut after Chitrangada Mori. In the Mewari coins he was inscribed as a chieftain of the Rajputs. You can see circular walls all around the fort with huge gates, located before the entry of the main fort area. The Mori dynasty was in possession of the Bappa Rawal. He founded Mewar and declared it the capital in 734 AD.

According to some of the accounts, Bappa Rawal got it as dowry after marriage with the Solanki princess. The descendants after this ruled all over Mewar that stretched from Gujarat to Ajmer, until the 16th century. Many battles were fought over possession of Chittor. Apart from some few interruptions, the fort remained in control of the Sisodias of the Guhilot, Rajput clan, who descended from Bappa Rawal.

Ala ud din Khilji, the sultan of Delhi in 1303 AD captured Chittorharh with the help of a huge army. Rana Kumbha with his proficiency in music, poetry and by virtue of being a brilliant poet, built up Mewar with the help of strong unassailable military strength. Moreover, he was a rival of Lorenzo de' Medici, by virtue of which he turned Chittorgarh into a dazzling center for culture. The fame of the city spread all across Hindustan.

Chittorgarh in the 16th Century

In the 16th century Mewar became the leading state in Rajput. Jauhar was performed again after the city was captured by Akbar, the mughal emperor in 1568. Thereafter, the capital was shifted to Udaipur in the Aravalli foothills. This was the place when Rana Udai Singh II in 1559 established his residence. The capital of Mewar continued to be Udaipur till it acceded in 1947 to the union of India. Gradually, Chittorgarh lost its political importance. 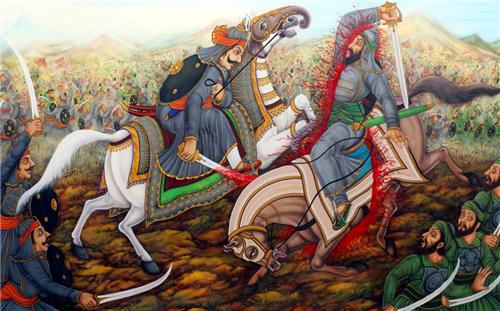 Chittorgarh is linked with two important historical figures. Meera Bai, the famous Hindu spiritual poetess. Her compositions are famous in different parts of North India even today.  She is said to have entered the temple sanctum while in a state of singing ecstasy. Thereafter, she opened the doors that are known to have closed on their own. Upon opening the door, Mirabai’s sari was seen wrapped around the idol of Lord Krishna that hinted upon her union with the Lord.

Son of Rana Udai Singh II, Maharana Pratap is known to be personification of the Rajput values. He decided to spend the rest of his life in the jungles and continued fighting until he realized the dream of re-conquering the city of Chittorgarh from Akbar. This would help in reclaiming the glory of Mewar. Maharana Pratap is known to be the biggest hero, according to the Rajputs of Mewar. He never compromised his honor and dignity for safety. He died free, as a brave man in 1597.

Chittorgarh has plenty of historical significance and holds a special place in the hearts of the Rajputs. The city and the fort celebrate the biggest "Jauhar Mela", a Rajput fair. This occasion is celebrated during the anniversary of one of the jauhars. The festival also commemorates the Rajput braveries. You can see processions of large number of Rajputs every year. The Chittorgarh fort also has a beautiful temple of Kalika Mata.