Chittorgarh is also called Chittaur, which was once the capital of Mewar under the Rajputs. The city evokes memories of the sacrifice and great heroism by the Rajput men and women in times of battles they fought against the invaders. The city lies on Bherach River and is the administrative headquarter of the Chittorgarh district. 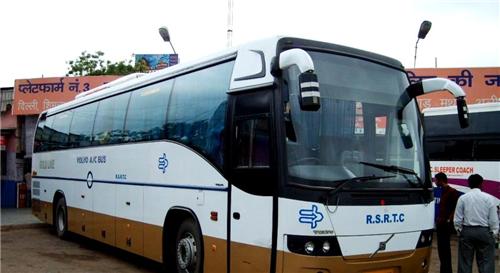 How to Reach Chittorgarh

The city is well connected to different parts of India by road. The North-South-East-West corridor expressways and Golden Quadrilateral Road pass through the city. The bus stand is situated in the middle of the new and the old city. You can avail various bus services from Mumbai, Delhi, Ajmer, Ahmadabad, Udaipur, Kota and Bundi.

RSRTC offers good connectivity in different parts of the city. You can avail sleeper coaches, silver line and pink line services offered by the Rajasthan Roadways. Private buses offer a good connectivity to different parts of the city. Shrinath Travel is a popular bus service that connects Chittorgargh to other cities of Rajasthan as well as the surrounding states. Bombay, Delhi, Jaipur are some of the well known destinations for bus services.

Chittorgarh experiences dry weather conditions and the winters are comparatively pleasant. Winter is the best time to visit the city for enjoying sightseeing.

The summer season begins in the month of March and extends till May. The maximum temperature during summers ranges from 23 degree centigrade to 44 degree centigrade. This is the time for you to enjoy indoor activities in the city.

The monsoons extend from June and remains till the middle of September. The season experiences light rainfall particularly in the month of June.

Winter begins in the month of December and extends till February. The temperature ranges from 11 degree centigrade to 28 degree centigrade. The climate remains quite pleasant and is highly suitable for outdoor activities. 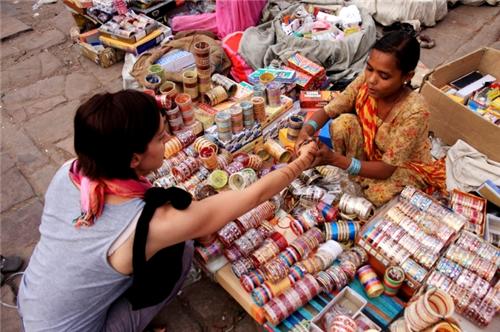 Shopping in the city is a delight for the tourists. You will be mesmerized to see jutis (shoes) made of camel leather. Apart from jutis, you can also find plenty of other items such as aloka fabrics, painted wooden toys and metal ware that are worth buying from here.


Apart from touring around the heritage fort of Chittorgarh, you can also shop around in the markets and look for different mementos and items to bring home back the beautiful memories.

Major Markets in the City

Fort Road Market is very popular among the tourists for the beautifully embroidered jutis made of camel leather. You can look for fabrics that are worth buying in the city. The Sadar Bazar is another market area in the city.  There are shopping malls along with local shops here that sell different items such as jutis, aloka fabrics and metal ware fabrics. Station Circle is the best destination when you are looking for some quick shopping experiences. Fabrics and mementos in the market are extremely popular. Rana Sanga Market is the best place for buying akola fabrics and jewelries. Jutis are made from camel leather and is extremely popular here. New Cloth Market is well known for buying akola fabrics and fabrics. 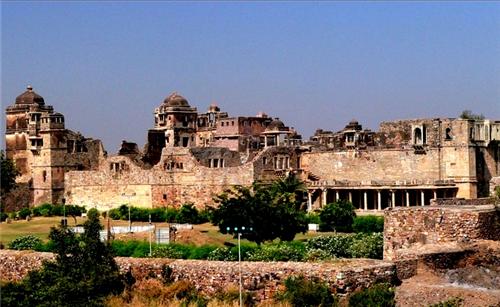 The Chittorgarh Fort is the main attraction in the city that is situated on steep hill by the side of the modern township. On your way to the fort you can see memorials and chhatris of Kalla and Jaimal that marks the areas where they fell in course of defending the Chittorgarh fort during the 1568 siege. Surajpol is the main gate on the eastern part of the fort. Even though most of the portions of the fort stand as ruins; they still reflect glory of the great rulers.

Another important tourist spot is the Ranakumbh Palace. It is said that Queen Padmini performed jauhar in one of the cellars.Adjacent to the Rana Kumbh Palace you can visit the Fateh Prakash Palace, Singa Chowri Temple and Archeological Museum. Victory Tower or Vijay Stambh is one of the major attractions of the fort. Rana Kumbha built the fort to commemorate victory over the ruler of Malwa, Mahmud Khilji in 1440. The Sammidheshwara Temple is built near the tower. Palace of Queen Padmini and Gaumukh reservoir are vital spots that lie in the south of Rana Kumbha Palace. Another important monument is the Kirti Stambh or Tower of Fame. Other spots that you can visit are Kumbha Shyam Temple, Neelkanth Mahadev Temple, Bhimtal Tank, Meera Temple and the Kalika Mata Temple of the 8th century.

Gardens and Parks at Chittorgarh

Padmini's Gardens in the city is a good place to enjoy the leisurely activities amidst the wide range of beautiful flowers. The garden is very well maintained. It is the place where the Queen Padmini sits in the pavilion and the image gets reflected in the water below. 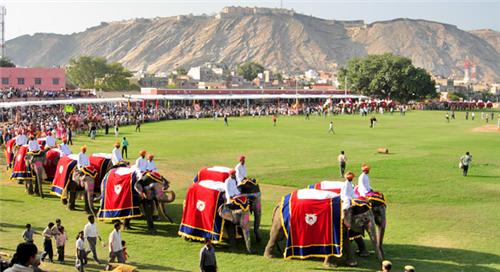 Elephant festival is celebrated in the month of March. Elephants become the centre of attraction here. The celebrations begin with procession of horses, camels and elephants. There are lively folk dancers with the breathtaking performances. The elephant polo matches; elephant dances and the tug of war among the elements depict the rich cultural heritage of the city.

Gangaur is celebrated in the month of April that lasts for about 18 days. The celebrations are dedicated to worship of goddess Parvati. You can see colorful processions all round the city and elaborately designed palanquins that fascinates everyone.

Best places to stay in

You can come across plenty of fully functional hotels situated in and around the city. There are budget hotels as well as luxury accommodations that you can find in the city. Some of the major hotels in the city are, Hotel Padmini, Hotel Ram Lakhi, Hotel Pratap Palace and more.