The administration of a society is what provides a real picture of a particular city or district. In the district of Chittorgarh, the city of Chittorgarh is the administrative headquarter of the entire district which manages an area of almost 10,856 km² with a population of about 15.44 lakhs. The district is disproportionately divided into two sections where the western portion is larger than the eastern portion. The eastern part is surrounded by other districts of Rajasthan, namely Kota, Bundi and Bhilwara, while the western section of Chittorgarh is surrounded by Ratlam, Neemuch and Mandasaur districts of the state of Madhya Pradesh.

The district’s administration is currently at quite a stable condition due to the stringent and effective measures taken up by the state’s government in the past decade. Tourism has brought in a new and massive source of revenue to the district. The history and legends as well as attractive monuments have successfully been able to draw the attention of tourists to Chittorgarh.

Chittorgarh is the land that gave birth to one of the most chivalrous and regarded kings in the history of the princely state of Rajasthan-Maharana Pratap Singh. He was born in the year 1540 and was the successor of Udai Singh II who was the ruler of the Mewar kingdom and Chittor was the capital of his kingdom. Since Maharana Pratap Singh was the eldest among 25 sons of Udai Singh II, he was the obvious choice to accede the throne of Mewar. He had defended his kingdom of Mewar quite valiantly until his last breath but could not gain control of the capital of Chittor, since it had inconsequentially passed into the hands of the Mughal ruler Akbar.

Since the district of Chittor had always been in good hands, the administrative structure was quite strong and in control, unlike certain other parts of the current state of Rajasthan after the intervention of the Mughals in the Indian sub-continent. 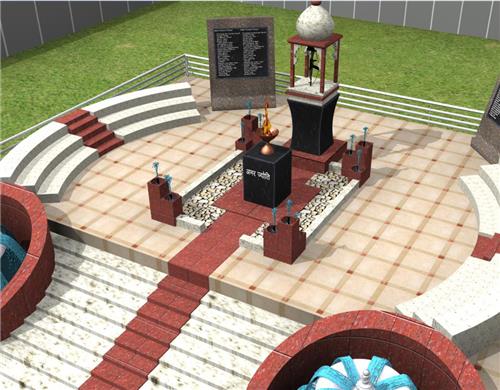 For the sake of convenience, the district of Chittorgarh is further divided into 10 Tehsils or sub-divisions which include Chittorgarh, Gangrar, Kapasan, Rashmi, Rawatbhata, Dungla, Bari Sadri Begun, Bhadesar, Bari Sadri and Nimbahera. It consists of 14 Panchayat committees as per the number of major villages within the district and it has around 8 municipal corporation offices at the towns of Badi Sadri, Begun, Chittorgarh, Chotti Sadri, Kapasan, Nimbahera, Pratapgarh and Rawatbhata. The head municipal corporation of Chittorgarh supervises the  other offices which are responsible for all the requirements of a civil society such as water supply, waste management and cleanliness of the city as well as the sub-urban and rural areas.

The local bodies of Chittorgarh mainly refer to the members of the Parliament and the legislative assembly of the district who represent the district at the state assembly and subsequently at the central government level. There are   around 8 legislative assemblies in Chittorgarh which are situated at Badi Sadri, Begun, Chittorgarh, Vallabhnagar, Kapasan, Mavli, Nimbahera and Pratapgarh with one representative at the Parliamentary level which is in the name of Chittorgarh-Pratapgarh Lok Sabha Constituency. 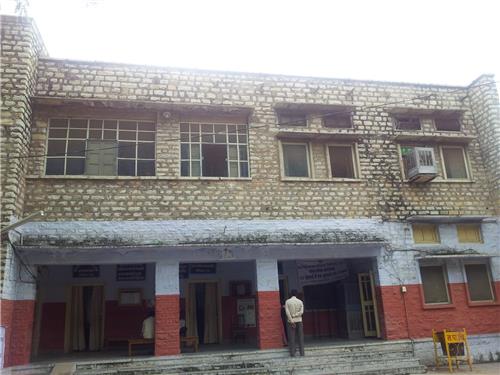 The courts in a district are responsible for ensuring that issues between people living together in a society are resolved effectively and justice is provided to civilians or those who have suffered and also to punish criminals and wrong-doers. Chittorgarh, much like all other districts of our country has one District court and one sessions court alongside fast track courts for resolution of family disputes and 14 Panchayat Samitis at Arnod, Badi Sadri, Begun, Bhadesar, Bhesroadgarh, Bhopal Sagar, Chittorgarh (rural), Chotti Sadri, Dungla, Gangar, Kapasan, Nimbahera, Pratapgarh and Rashmi to help maintain harmony among villagers. These Panachayat committees are answerable and managed by the district court of the district.

Since all the prisons and jails in the state of Rajasthan are managed by the Rajasthan Prison Department, even the district of Chittorgarh has a single central jail where in most of the prisoners are kept and is referred to as the Superintendent District Jail of Chittorgarh. There are small lock-ups within all the Police stations, but those who have faced trial in the district court and found guilty are kept in the district jail only where they are trained to be a better person and when released can lead their life like normal civilians.

Although the administrative structure of Chittorgarh is quite simple but it is well-managed and has not disappointed the residents much since the inception of the concept of administration in this region. Efforts are always on the rise to make the place more developed with the advent of the new government in the state of Rajasthan.